Recently there has been an upsurge in articles about artificial intelligence and how, according to Google’s Ray Kurzweil at least, by 2029 machines will supersede us, become better at doing the things we do every day. The idea, as I understand it, is that machines will be able to develop their own kind of consciousness, a sense of humour – in short be able to communicate with us as a fellow human being would. On the basis of the data they could have access to,  they would learn from what we do and learn from what they themselves would do.

This is an interesting prediction in the context of learning, and education, as technology has a large role in shaping not only how we learn and make sense of the world, but also the way in which we live and work.

Some might consider this kind of thinking as Science Fiction or irrelevant to them. A future that looks like the Star Trek universe, in which the omnipresent computer which looks after operations is as far removed from reality as the largely peaceful vision of human kind living in harmony.

Yet why not imagine what things would be like, in 2029 or 2049, if these predictions were to come true alongside all the other technological advances one could reasonable expect by then. Things that come to mind are holographic displays, wearable or internal devices, instant connectivity, intelligent data analytics, automated every day processes – and a presumably sustainable source of energy and raw materials.

Work as we know it from manufacturing and food production, to expert professions and services, would presumably be changed substantially. Using the Stark Trek example as a starting point our expertise in engineering or medicine would be supported by sophisticated technology. Our every activity shaped and guided by intelligent machines. Our understanding of what it means to be a human being broadened by the data collected and analysed with the help of computers and networks which would make our current data infrastructure look insignificant. We would learn and teach others how to do the things we couldn’t use machines for or how to support the machines in their work. Maintenance, programming and operation of machines would become more important.

In the Stark Trek universe the absence of a capitalist economic system is replaced by a number of shared aims, such as exploring galaxies, advancing art and science, going where no one has gone before. But even in this imaginary future the human race, and indeed most races, remains mortal. Death remains a constant for all but very few. In most Science Fiction only beings that transcend the corporal plan of existence stop being concerned with mortality, replacing the need to learn and progress and make sense of linear time with a sense of being that is largely incomprehensible to us.

We endeavour to survive, improve, create and learn because we have a limited lifespan, for our children, to secure our place in history. Mortality is the great motivational force in human existence. But machines which develop their own sense of being would presumably not be limited by such corporal barriers.

If one of the devices I own were to develop its own consciousness, its own intelligence, then what would it want? To serve me as a typewriter, map or telephone? To support my activities, travels and relationships? Would my tablet want to make friends with other devices? Would it want to sleep and dream? Would it stop me from using it if it was busy? Would it want a pet?

These questions are not new of course. In Microserfs (Douglas Coupland, 1995), the lead character Daniel writes about this in his diary, reflecting the thoughts of many who work and live immersed in technology. If my machines could speak, what would they say?

So, if our devices had their own consciousness, network with each other, collecting, sharing and analysing data, then what would their aim in life be? I am not thinking about a hostile machine v man takeover scenario here, but simply the perspective of a mind quite different from our own. A machine not bound by the limits of their physical body or natural lifespan. Would they be bored like the fictional immortal characters we have created? Would they, like their counterparts in Science Fiction, play games with each other across time and space to which mortal beings would be incidental? What sort of future would they wish to create and for whom?

Learning, in my view, is all about change. We change, our world changes, and we learn to survive and succeed. We live our lives along linear narratives, making sense of our existence according to our own beliefs and experiences in the face of mortality. We have a sense of urgency, of time passing, of acting before our time is up.

So, in the future, might we see new subjects crop up not only for human learners, but also for the artificial intelligences living with us on this planet?  Would there be a renewed interest in exploration of the universe? Would my tablet and I have a common hobby?

Clearly, we don’t have any answers. We cannot yet imagine what a consciousness outside our own human perspective would really be like. Similar to trying to imagine what four dimensional space looks like or how it works, our best approach is through mathematics and (computer) science. What is clear however, is that understanding the machines we create and how they work is becoming more important day by day.

In Douglas Coupland’s book Microserfs there is a page with large print. The page looks at you and proclaims: Hello, I am your personal computer. When I read this in 1995, I didn’t feel that the generic welcome message my computer displayed or any other communication I received from it was personal. I didn’t use technology in a way that made me question whether it had a consciousness, either its own or one derived from what I was inputting. But today, the technology I use is largely designed to be personal both in the way it is constructed and the way in which it presents data to me. Unlike the personal computer in the story, which turns into a receptacle for the protagonists hopes and dreams in the form of diary entries, our digital devices, like those of billions of people across the world, are very personal to us indeed. Not just in the way we use them, but the way in which they facilitate a staggering amount of small packages of data about us and our activities to be generated.
Research shows the increase in the amount of data we generate as a species and the conclusion we come to is that is it a lot. The company that made it its mission “to organise the world’s information and to make it universally accessible and useful” is Google. To my mind, Google are the equivalent of a very ingenious individual sorting through an expanding box of all possible LEGO bricks and creating order in the multi-coloured chaos which allows us to build everything imaginable, with the added benefit that the box will never empty, as we are all just using copies of the data bricks and thus never run out.
Billions of people benefit from this endeavour to organise the world’s information and make it universally accessible. Although a lot could be said here about the commercialisation of this project, what I am interested in is the final word in the mission statement: useful. Usefulness is both obvious and complex. You cold argue that by making the information accessible, it becomes useful. The more data is available to people, the more they can use it for a plethora of purposes. More people having access to more data must cause some useful application of the data and thus, usefulness exists.
In another way, more people using more data also generates more data in turn. We know of many ways in which our interactions with the world are recorded and this data in turn can be used by people and they can put it to use. Some of that data is universally accessible, some of it is not. Some of the data we are explicitly aware of, some of it we may not be able to imagine yet.
When I played with LEGO as a child, the best afternoons were spent making structures using the small coloured bricks, and then adding all sorts of other toys into the game. LEGO was the glue that kept it all together, but the addition of tiny duvets made from tissues and fabric cut offs with help from my mom made my characters brick-built beds infinitely more fun to play with.
I suppose I feel the same way about digital data. You can use it for all sorts of things, and there are no limits to what you can make with it. But in the end, its the things that exist outside of the digital dataverse that give it relevance and meaning – and make it fun to play with. 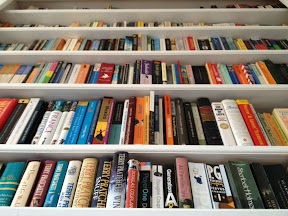